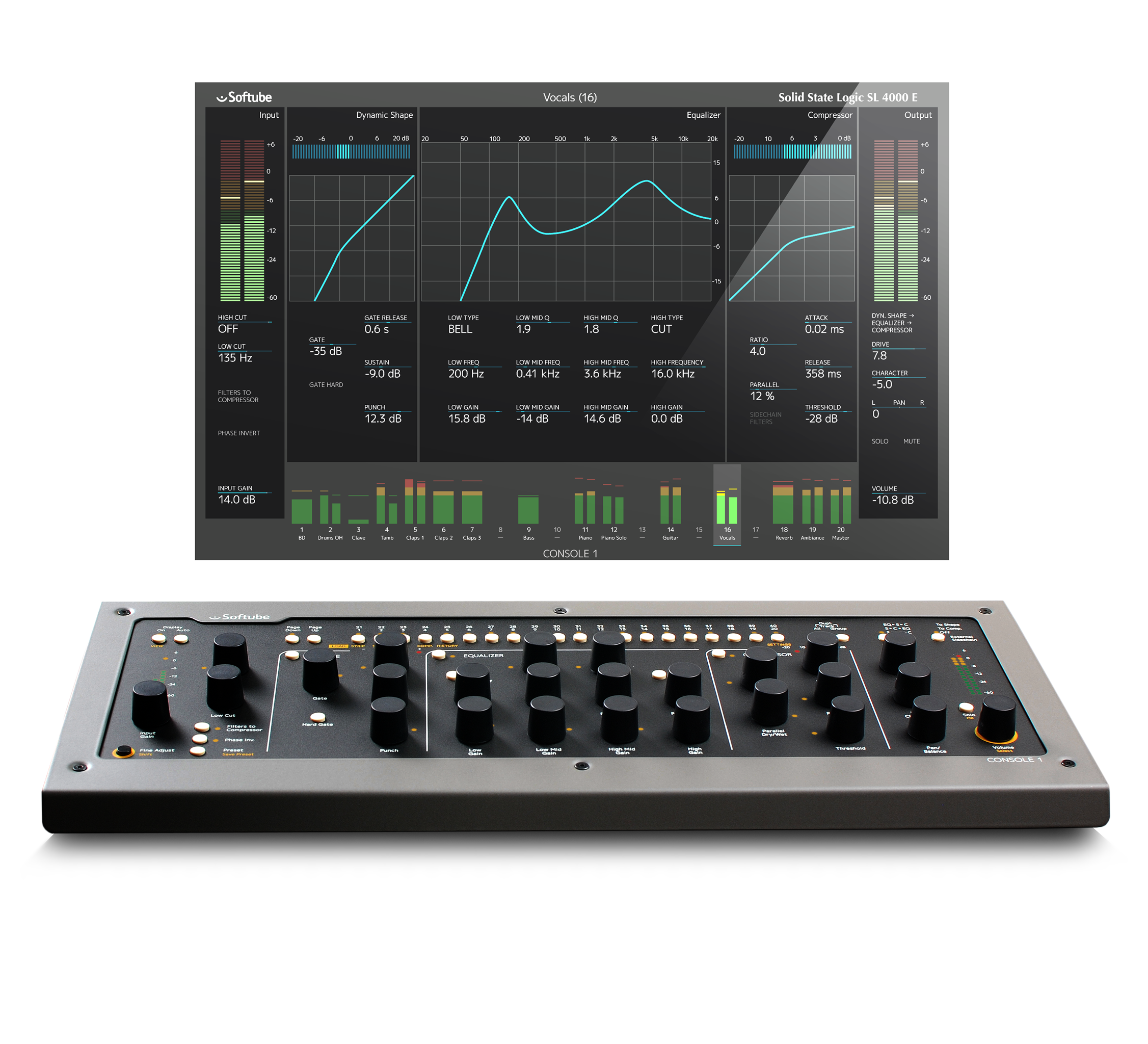 "Console 1 lets me have the hands-on feel of analog, without losing the flexibility of the digital world. It is the center piece of my hybrid mix room." - Michael Brauer, Seven Grammy awards, Coldplay, The Rolling Stones, Bob Dylan, Paul McCartney

"When Console 1 came it was just like ... that's what everyone's been looking for!" - Jason Goldstein, Grammy awarded Mix Engineer for Beyoncé, Jay-Z and The Roots

"I'm using Console 1 on pretty much everything I do, and it suits my workflow very well." - Pete Townshend, Rock legend with The Who and as a solo artist

"Very easy to use.. Sounds excellent.. Perfect correspondence between hardware and software.. Mixing with Console 1 is genuinely different from mixing with a mouse and keyboard, not to mention faster and more enjoyable. Keeps an undo history of your mix. Softube's Console 1 brings to your DAW not only the sound of a top-class mixer channel strip, but also its ergonomics. It has the potential to make more of a difference to your mixing process than you'd expect!" - Sam Inglis, Sound On Sound

Quickly switch between your tracks and control EQ, compressor, gate and more. Mix with the sound of the included Solid State Logic SL 4000 E. Or customize your channels to fit your needs—there are over 70 Console 1 ready plug-ins available from Softube and Universal Audio.

The Softube Console 1 MkII, is a controller for the DAW based studio. The hardware lets you quickly switch between your tracks and control gate, EQ, compressor and more. The Console 1 software gives you the sound of a classic Solid State Logic console.

Console 1 MkII is not a DAW controller, or even a plug-in controller. It's a separate hardware/software mixer that works in tandem with your DAW. Use one of the track selector buttons on the hardware to select the track you want to work on. Then use the physical knobs and buttons to adjust the included gate, EQ, compressor, high/low cut filters, transient shaper and emulated analog console distortion. Select a track, tweak the knobs. Select another track, tweak the knobs - that is essentially the workflow of Console 1.

Get the classic SSL crunch and character, straight out of the box. Expand your options with the many available plug-ins from Softube and Universal Audio.

Mix faster and better. The intuitive workflow is unique for Console 1, and lets you focus on the music - not the technology.

One control per parameter, no MIDI mapping needed. Console 1 works with any major DAW on the market and offers extra deep integration with select DAWs.

Console 1 MKII Works With Every Major DAW In The World

Control Over 70 Plugins By Softube and Universal Audio

Mix and match units from Chandler Limited, Fairchild, Teletronix, Tube-Tech, Abbey Road Studios and many others.

In addition to the included SSL 4000 E, there are entire channel strips available, with EQ, compressor, gate and modeled saturation from the original analog hardware.