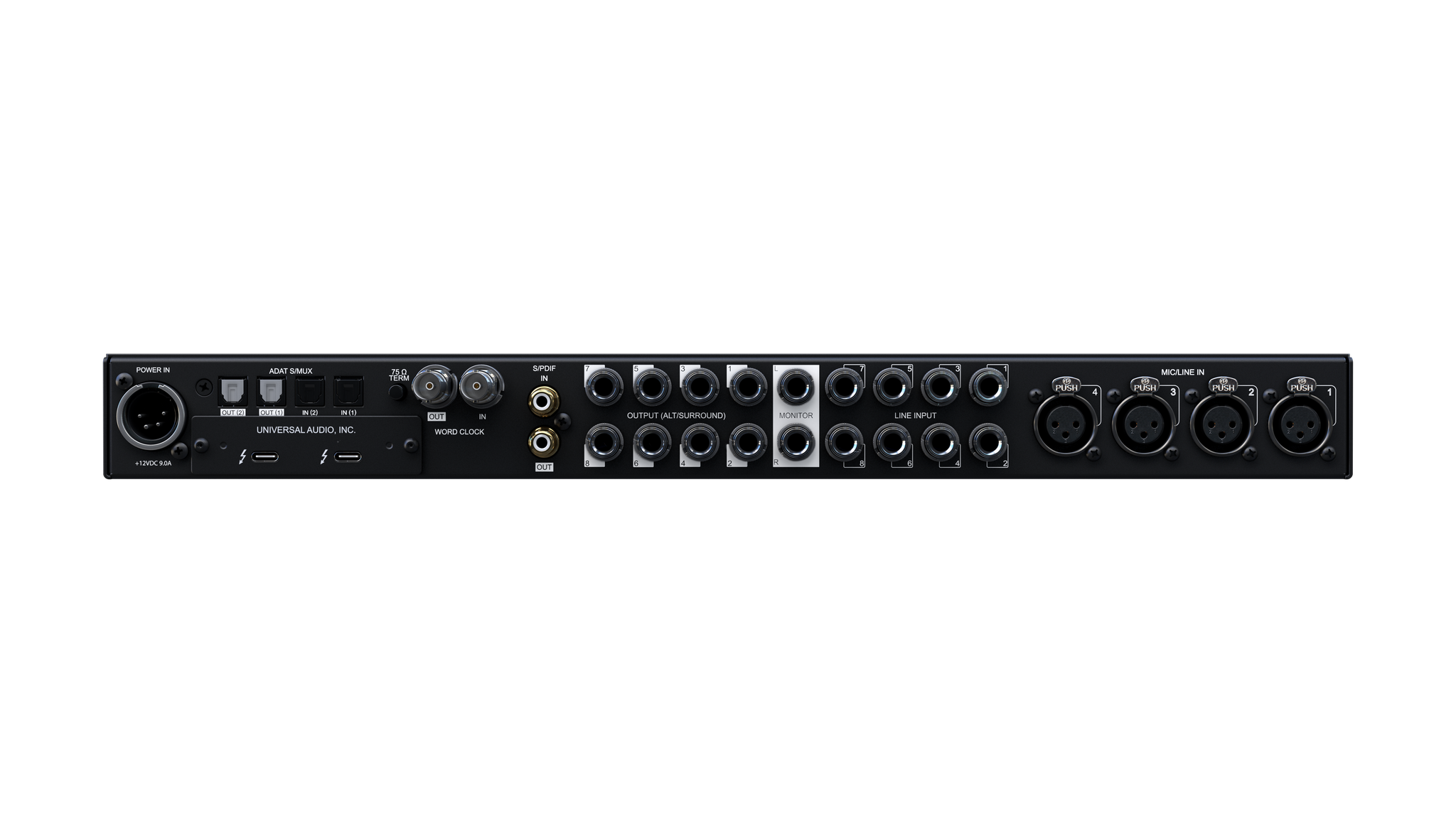 In addition to its elite-class audio conversion, Apollo x8 features selectable operating level for compatibility with professional +24 dBu gear, as well as an integrated monitor controller and built-in talkback mic.

- Work in surround formats up to 7.1, complete with speaker calibration and fold-down

With 129 dB dynamic range and -118 dB THD+N, Apollo x8’s open, natural sound quality rivals any dedicated high-end converter on the market - regardless of price - and is the perfect starting point for applying UAD processing.

A hallmark feature of Apollo is its Realtime UAD Processing, letting you run the full library of UAD plug-ins with near-zero latency. Apollo x8 includes the Realtime Analog Classics Plus plug-in bundle, so you can record and mix with the world’s only authentic Teletronix LA-2A, 1176LN, and Fairchild compressors, the Unison-enabled UA 610-B Tube Preamp & EQ, and guitar and bass amps from Marshall and Ampeg.

Going beyond the included Realtime Analog Classics Plus plug-ins, Apollo x8 lets you tap into the full UAD Powered Plug-In library of name-brand vintage EQs, compressors, reverbs, tape machines, channel strips, and more - at near-zero latency, regardless of your audio software’s buffer size and without taxing your computer’s CPU.

With comprehensive surround monitoring support for formats up to 7.1, Apollo x8 is a boon for engineers and producers working on audio and music for video games, television, and the web. In addition, Apollo x8 offers selectable +24 dBu operation for out-of-the-box compatibility with professional mixing consoles and other high-end pro audio equipment.

- Surround monitor controller up to 71 format

* A “Special Order” is a product that we normally do not keep in stock. We order it from the manufacturer as soon as you order from us. We are the exclusive distributor for Universal Audio, so we can get your special order to you fast in about 2 to 3 weeks. Remember that special orders are non-cancellable, so make sure the item you are ordering is correct. Call us at 03-7954 0316 if you need further assistance.