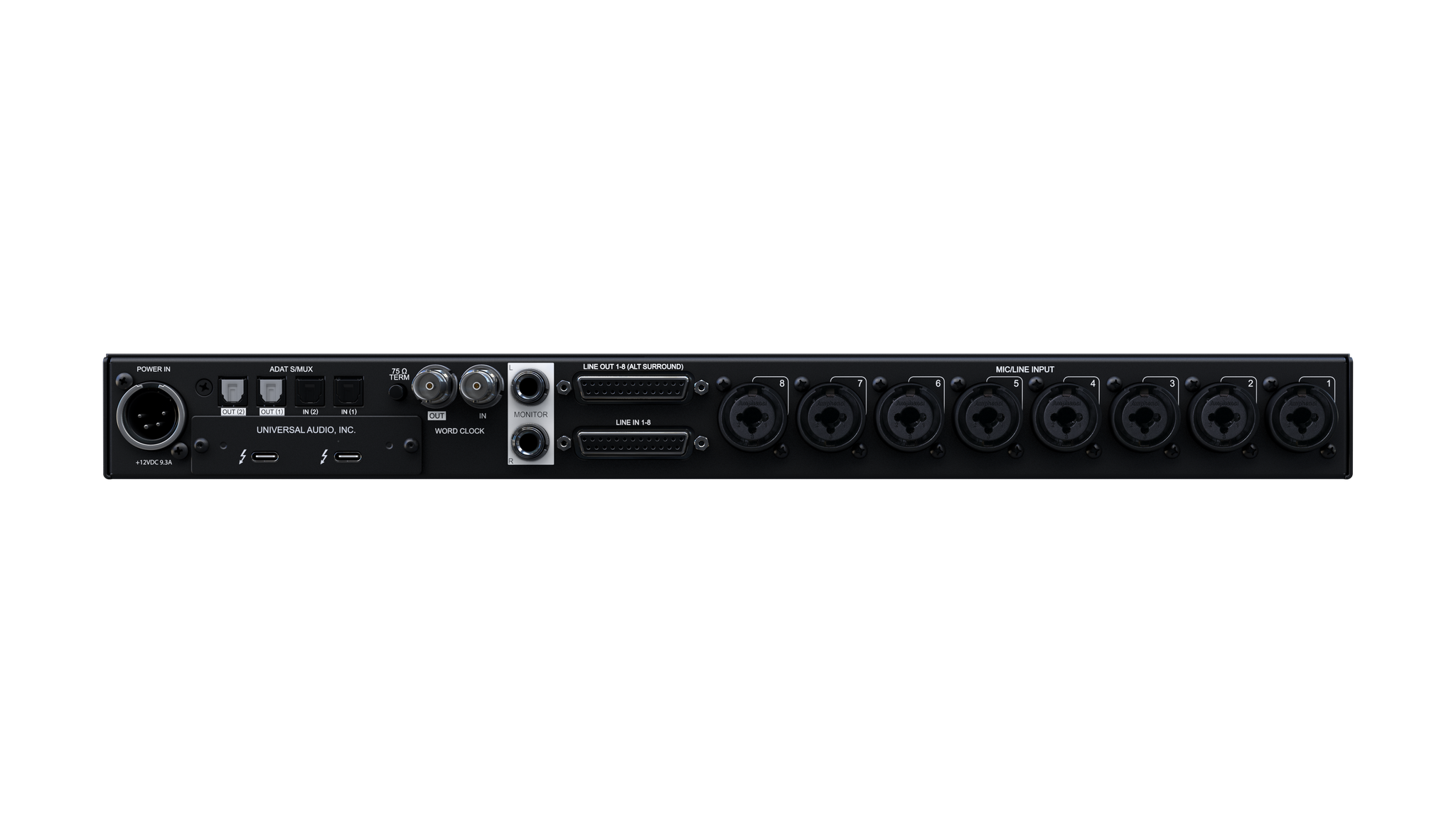 "I love my new Apollo X8p! I can mix without worrying about the amount of plug-ins used, and the new converters reveal the most subtle details when I record. One of the best upgrades that I've added in a long time." - Derek "MixedByAli" Ali (Kenderick Lamar, SZA, Childish Gambino)

In addition to its elite-class audio conversion, Apollo x8p features selectable operatinglevel for compatibility with professional +24 dBu gear, as well as an integrated monitor controller and built-in talkback mic.

- Work in surround formats up to 7.1*, complete with room calibration and fold-down

With 129 dB dynamic range and -118 dB THD+N, Apollo x8p’s open, natural sound quality rivals any dedicated high-end converter on the market - regardless of price - and is the perfect starting point for applying UAD processing.

Of course, a hallmark feature of Apollo is its Realtime UAD Processing, letting you run the full library of UAD plug-ins with near-zero latency. Apollo x8p includes the Realtime Analog Classics Plus plug-in bundle, so you can record and mix with the world’s only authentic Teletronix LA-2A, 1176LN, and Fairchild compressors, the Unison-enabled UA 610-B Tube Preamp & EQ, and guitar and bass amps from Marshall and Ampeg.

Going beyond the included Realtime Analog Classics Plus plug-ins, Apollo x8p lets you tap into the full UAD Powered Plug-In library of name-brand vintage EQs, compressors, reverbs, tape machines, channel strips, and more - at near-zero latency, regardless of your audio software’s buffer size and without taxing your computer’s CPU.

With comprehensive surround monitoring support for formats up to 7.1, Apollo x8p is a boon for engineers and producers working on audio and music for video games, television, and the web. In addition, Apollo x8p offers selectable +24 dBu operation for out-of-the-box compatibility with professional mixing consoles and other high-end pro audio equipment.

- Surround monitor controller up to 71 format